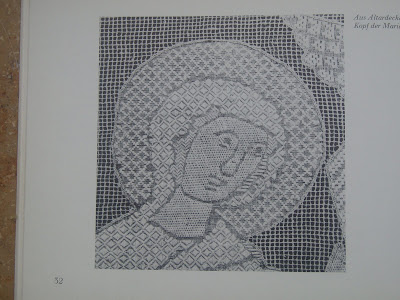 Frauenkloster, a monastery for women only, what's that called in English?

A convent; nunnery is another term, but I don't think it's used as often. There's also the word "cloister"--I just looked it up to see a good explanation: http://en.wikipedia.org/wiki/Cloister

I've been enjoying your blog--one of these days I'll actually start my own whitework!

Thanks for pointing that out!'

I'd like to read about your whitework too! Please keep me updated when you get started!

I will. :) I might have to ask you about some Dutch words sometime, since reading about your little pouches with tassels (which I _love_) finally compelled me to buy the Tongeren textiles book!

The Tongeren book is very interesting, it's a pity it's in Dutch only..